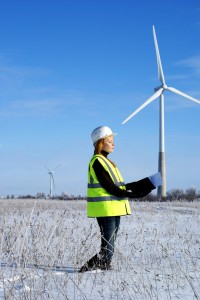 No promises, but there just may be a hiring surge coming in Alberta.  2017 will see the first on-the-ground effects of the new renewable energy procurement policies.  Here is my attempt at a forecast specifically on the Alberta job market in renewable energy.

Wind:  About 20 projects are currently listed in the AESO interconnection queue. At least 20 more are in general development.  Many of them are furiously preparing for the first 400MW renewable energy call, expected in January. A competitive bid based primarily on lowest cost, with project contracts to be awarded in the Fall of 2017, and construction commencing in 2018. Potential opportunities may be available this year for accountants, legal professionals, government and public relations, and project planners. 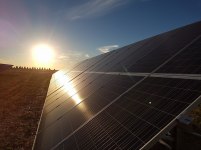 Solar:  Though not expected to be a contender in the first round of utility-scale contracts, there are several other opportunities driving the likelihood of at least one “big solar” project being built in 2017.  These include the provincial government’s commitment to acquire 50% of its operational load from solar (equal to about 100MW of capacity), as well as possible “merchant market” deals.  For example, a solar developer might build a power plant on the strength of a contract to sell the power to an oilsands company, manufacturer, or similar entity that wishes to green its electrical load.  They may sell the whole plant directly as well.  That’s what happened in 2014 with the Old Man 2 wind farm in Pincher Creek. Once completed, the developer handed the keys to IKEA, who added the farm to its growing renewable energy portfolio. Expect to see a number of 10-20MW solar farms (example here) in Alberta built for the merchant market (primarily in 2018).  In terms of jobs, look for help wanted signs for engineers, project managers, trades-people (primarily electricians), and health & safety personnel.

Canadian Clean Energy Activist and Market Consultant. Home is in the BC mountains, currently on assignment in Southern Alberta. View all posts by Randolph Seibold